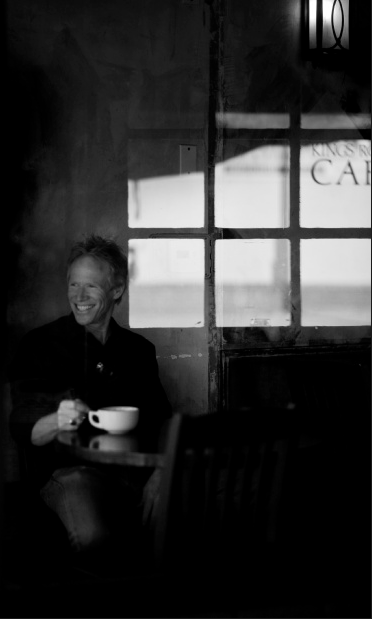 When I was a young child, I used to help my grandfather make his coffee. He had become blind from diabetes. Prior to his blindness, he was an ironworker.He was a tough, capable guy.

He simmered his coffee in a saucepan on the stove and oddly kept putting his fingers in the pan to determine if its texture was right. The concept of texture when referring to coffee was not something I understood as a child. As an adult, I came to realize that he was making his unique version of “cowboy coffee”. I also came to understand the texture as being its fullness of body.

This orientation to coffee would eventually show up in the uniqueness of how I make every cup of coffee at Kings Road Cafe. Having grown up in San Francisco, I had the great fortune of being introduced to espresso, cappuccino, and lattes as a teenager in the 1960s. The Italian neighborhood, known as North Beach, had the best cafes in The City. In those days, there were two Italian families roasting small batches in retail storefronts. The Graffeo Family, who opened for business in 1935, would have a significant influence on my future coffee.

Years later in 1981, I met a “gourmet” coffee roaster who supplied the coffee to the restaurant Iwas working in. My visits to his warehouse marked the beginning of my roasting education. I was completely fascinated with the roast spectrum, single origin cupping, and the blending varietals. I spend several years developing what is now my signature blend. When I opened Kings Road Café in 1990, I rented a storefront next door to the café, fired up my Probat L12 and began roasting Kings Road Coffee.

Thank you for your years of support.